The Star Tribune recognized the late Chairman Stanley R. Crooks of the Shakopee Mdewakanton Sioux Community as one of a dozen “Northern Lights”–Minnesotans who passed away in 2012, leaving lasting legacies of singular importance. In short profiles of each, the Strib explained why the twelve were “ordinary but extraordinary.” The profile on Chairman Crooks is reproduced here. It describes the late leader’s humble early life as well as his contributions at the helm of one of the most influential and philanthropic tribes in the nation. 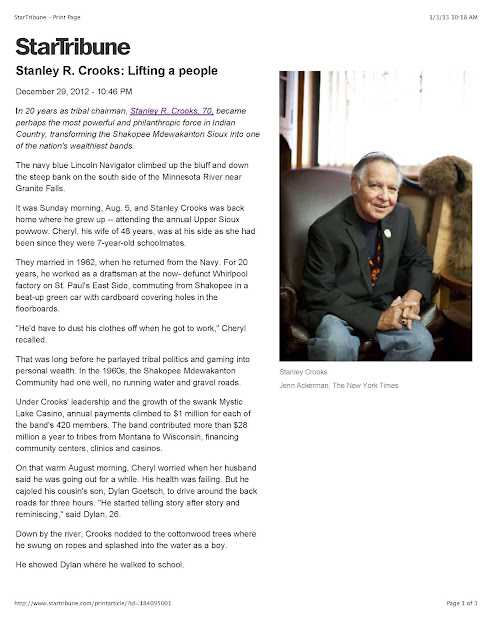 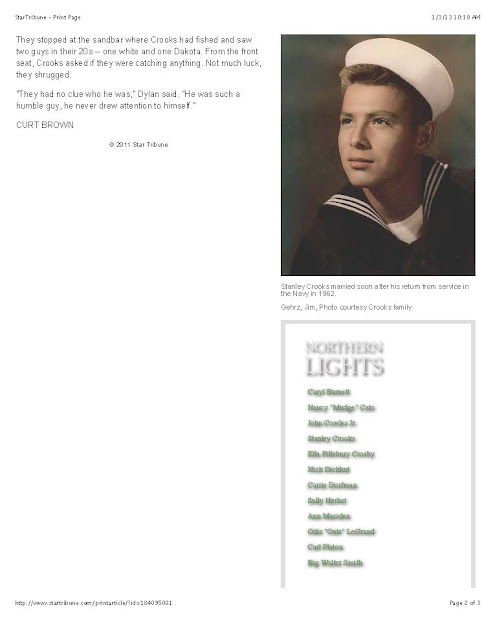